The Cascade Explained - How CSS Styles Are Applied to Html Elements

Have you ever been in a situation where the CSS styles you wrote and thought should be applied to a particular element wasn’t what you saw in the browser? Well, that’s the ‘Cascading’ effect in Cascading Style Sheets (CSS) at work.

The CSS Cascade is the algorithm used by browsers to resolve the conflict of which style rule to apply to an element, when there are 2 or more style rules of the same property, but different values targeting the element. The style rules could be from the same style declaration and source or not. 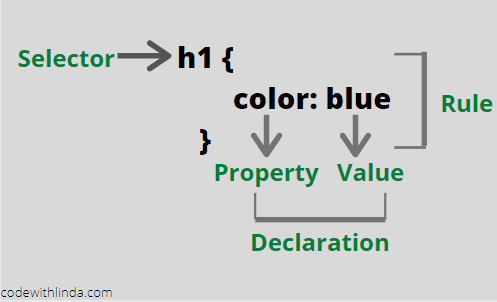 Understanding exactly how the cascade works, will help you as a developer to write CSS that won't give you headaches in the future.

See this example below:

Both color style declarations are “conflicting” as they are both targeting the same elements - the paragraphs, but with different color values. Which color do you think will be applied to the paragraphs then?

This article is a little bit long, but after reading it, you’ll have a clearer understanding of how the cascade works, so much that you’ll be able to teach someone else coherently.

Before I get into how browsers select which conflicting css declaration to apply, you need to familiarize yourself with the different possible sources of css.

CSS could be supplied to browsers from 3 sources:

Stages of the Cascade

To decide which conflicting declaration is of higher priority and should be applied, the css cascade goes through the following stages listed below, in ascending order.

The first thing browsers do when they encounter conflicting declarations is the importance of each declaration i.e it checks if any of the declarations is declared with an !important, or is an animation rule with @keyframes. In this stage, the highest priority goes from :

Take a look at the codepen example below:

The color declaration with !important is of higher priority than the one without so the button is given a background color of red.

The next stage the cascade considers if none of the conflicting declarations have an !important , is the source of the styles. As discussed above, there are 3 possible sources of CSS styles and they are prioritised as so:

This stage is why, when you do not declare styling for elements, like button and a , the default styles provided for it by browsers are applied. It's why CSS resets resets are used.

Also, because CSS styles of author origins are of higher priority to those from user origins, developers are discouraged from specifying font sizes and dimensions in px, as it an absolute unit, and deprives users of the smooth flexibility of zooming in on pages and increasing default font sizes. This is anti accessibility. Here’s a great article which explains this delima.

When conflicting declarations are from the same source, browsers attempt to resolve the conflict according to which declaration is within the selector(s) of the highest priority.

Take a look at the codepen example below:

The button has a background color of red because inline styles are of higher priority to any type of selectors.

When none of the conflicting style declarations are inline styles, and a combination of different selector types are used for the style rule, browsers typically do some sort of arithmetic similar to elementary tens and hundreds addition to decide which selector group has the highest priority.

Applying what we discussed above:

The conflicting declaration inside the selector group with the highest number i.e 1 1 2 wins, the button takes a background color of red and the conflict resolves.

But, if the conflicting declarations have the same selector specificity weight i.e the total numbers are equal, the cascade moves on to the last stage - Order of Appearance.

When conflicting declarations have the same selector specificity weight, the rule that comes in last wins the cascade battle.

Take a look at this example:

Here,both conflicting declarations have the same selector weight (0 1 1) but the button is red because the background-color: red declaration comes in last in the stylesheet.

This stage also applies for style links in the html head. If you link more than one stylesheet in your html head, and there are conflicting declarations from any of the stylesheets, declarations from the last linked stylesheet will be applied. This is why it is advisable to link your own custom styles after linking third party stylesheets e.g bootstrap or Material CSS.

Yippee! you’ve successfully covered the CSS cascade in detail. Now, go back to the question asked in the beginning. Can you answer it now?

I truly hope this looooong article :) has somewhat helped you understand how the CSS Cascade works. Now, go on and build something great.

If you found this article helpful, please share it:

If you've found any of my articles useful, subscribe to be notified of more quality articles as soon as they're published.

How To Setup Email Newsletters For Gatsby Blogs With ConvertKit